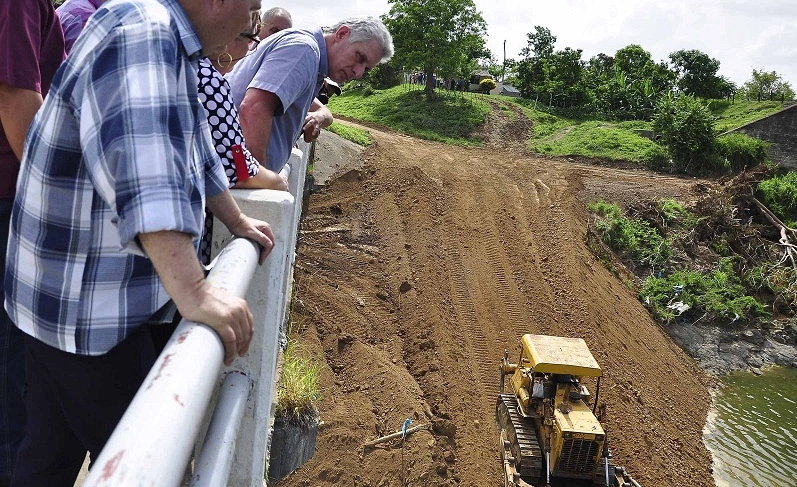 “Cuba saves lives, heals and sows future.” With that melodramatic phrase, Miguel Díaz-Canel scored a headline in the Granma newspaper, overcoming – validating the saying that you can always do more – the mediocre prose that the Communist Party’s Ideological Department bureaucrats impose every day on their official newspaper. And then they complain about being ridiculed on social media!

Presumably, by saying Cuba, Díaz-Canel is referring to the gang of incompetents that misgoverns the country. “Saves lives and heals?!” Any Cuban housewife could tell you that they no longer find in any pharmacy the medicines they regularly need to heal and save themselves from death.

But the most “poetic” part is when he says “sowing future.” Perhaps he intended to plagiarize a very old Silvio Rodríguez song whose refrain repeated “I invite you to believe me when I say future.” Oh my god! That was almost half a century ago! Has no one informed Díaz-Canel that the future has already arrived? We already live in it and it does not work.

When Silvio sang that song, schools were built in the countryside that today have become unsanitary shelters for homeless Cubans. Two shattered expectations among many others: education and housing. Communism did not lead us to a “future of scientists” but of self-employed workers struggling to scratch a living (scientists emigrated or survive miserably); nor was the promise of decent housing for each Cuban family, made in the Moncada manifesto, ever delivered.

The future came a long time ago, Mr. Díaz-Canel. Today thousands of families are trying to “save themselves” from a collapsing building or, if they can, emigrate to save themselves from the paradise they were promised. And what you are sowing today are social explosions. Explosions that are 100% made in Cuba. They are not “made in USA” as you insist on claiming.

Why? Because the socialist system does not work. Fidel Castro himself said it in 2010: “The Cuban model no longer works even for us.” But it is not about the Cuban model, it is socialism that does not work. Ukrainian economist Oleh Havrylyshyn and the renowned author Marian L. Tupy showed that 25 years after the fall of the Berlin Wall all the countries of the former socialist camp now have better indicators of Gross Domestic Product (GDP) and Human Development Index.

A piece of advice: the Cuban people have already suffered enough with your incompetence; do not make them put up with your poetic mediocrity. Poetry is not your thing. But besides, don’t complain if you are made fun of on social media. There is no need to sow future. But rather to plant potatoes, rice, bananas and give farmers freedom to produce and sell. Drop poetry please and avoid the approaching famine.