CUBA’S RESPONSIBILITY IN THE VENEZUELAN BLOODSHED 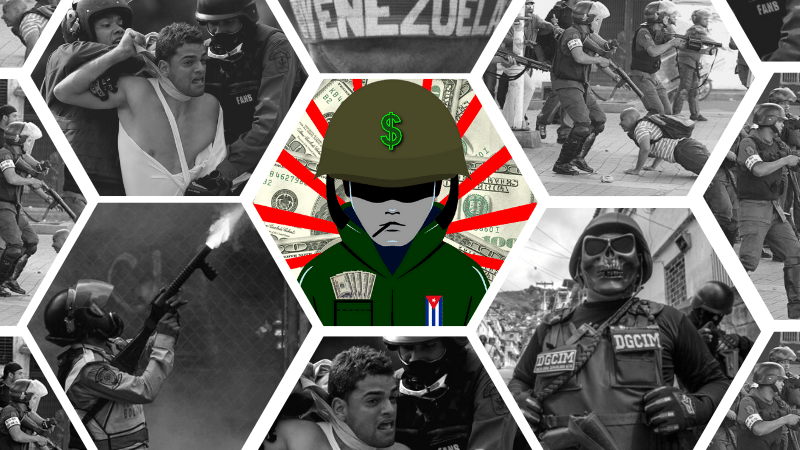 With a hardly six-month interval, two lapidary documents have been published to narrate, respectively, the bloodthirsty nature of the Venezuelan regime and the participation of officials from the Cuban Ministry of Interior in the organization and perpetration of tortures in that country.

As an example we reproduce paragraphs from each of them.

Excerpts from the Report to the United Nations Human Rights Council, September 2020, by the International Fact-Verification Mission of said body on human rights violations in Venezuela:

Excerpts from the Casla Institute Report, February 2020, presented to the Organization of American States:

The truth is that beyond the direct presence of MININT officials in the torture dungeons of Maduro’s henchmen, what is relevant is that Raúl Castro – knowing perfectly well what happens in those torture centers – has committed dozens of thousands of Cubans from the Armed Forces, MININT, Public Health and other Cuban institutions to directly participate in maintaining this regime of horror. He has smeared them all with blood and shame.

In a future, but increasingly closer, time, the children and grandchildren of these fierce “internationalists” will ask their relatives if they never knew anything. “Tell me, grandpa, did you advise them in Venezuela to apply the electric prod? Did you give them instructions on how to use snipers to assassinate civilian protesters who disagreed with their government? ”

Nor is it too imaginative to suppose that Venezuelans and Cubans will demand accountability, in a not too distant future, from this new species of henchmen that the Cuban-Venezuelan mafia has given birth to. That this is impossible to happen is the same as was assumed by the perpetrators of the Nazi horror and the Romanian or Latin American dictatorships. Their fate was the scaffold or to die in prison.

Crimes against humanity – and torture is one of them – such as those described in these reports do not expire. When the perpetrators are about to turn 100, they can be taken to court if they are still alive.

Those who bet on the fact that Cuba has been under a totalitarian regime for more than six decades must not forget that the USSR – the second nuclear power on the planet – collapsed after more than seven decades. And its bureaucrats and military never imagined this was possible.