Black lives should matter in Cuba too #FreeSilverio 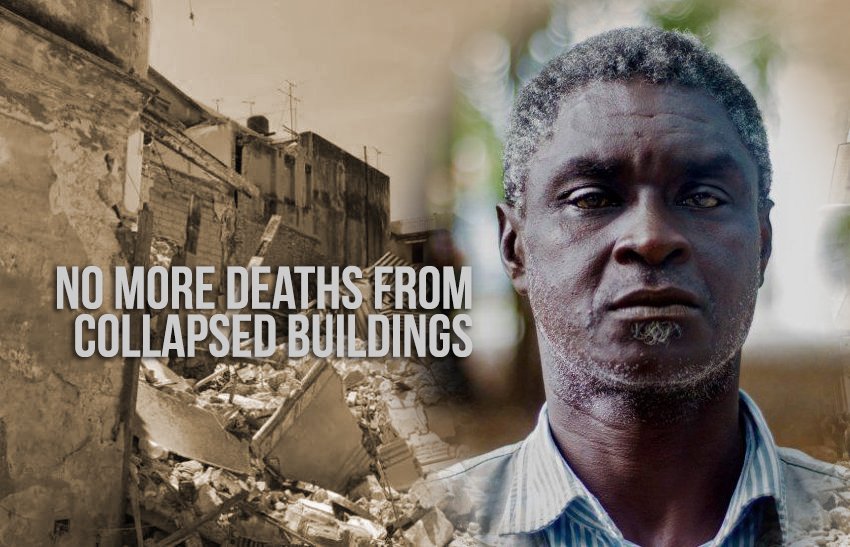 “No more deaths from collapsed buildings” read the poster that Silverio Portal Contreras displayed in Havana’s Central Park in March 2018. The Afro-Cuban social activist, now 57, is one of the millions of black or mixed race Cubans who suffer apartheid under the supposed egalitarianism of the Castro regime.

After more than 60 years of the Cuban “Revolution” with little or no maintenance to the buildings in the poorest and oldest areas, an inhabited structure coming down is a frequent event in the Cuban capital. A government survey showed that 44.1% of the city’s housing units have a sub-par structure. On many occasions these building collapses cost lives. In January of this year, the death of three young girls crushed by the fall of a balcony in Old Havana caused popular outrage.

Black or mixed race Cubans live in the poorest sectors of the cities, with their homes in dilapidated condition, and they are discriminated against in labor sectors that give access to convertible currency such as tourism or joint ventures, which leaves them no choice but to resort to the black market as a way of living.

Silverio told the independent journalist Mario Hechavarría Driggs that he once showed up at the employment exchange of the Ministry of Tourism with a request to work at the five-star hotel “Parque Central”, which is managed by the Spanish company IBEROSTAR. The only answer he got was: “Wait for a telegram, comrade”. A year later Silverio was still leaning out on the balcony of his house when he heard the postman’s whistle.

If black lives matter, they should matter everywhere, and those who defend such rights should care about this black Cuban who, after his civic protest in Havana’s Central Park was arrested and sentenced to four years in prison for contempt and public disorder, has suffered two strokes in prison and lost vision on one eye, yet despite his delicate health he is denied a license to serve in home detention the rest of his sentence, even after having served more than half already.

In just the past week, grass roots people have collected more than 1,500 signatures in a letter to the government demanding that home confinement be authorized for the one being repressed for fighting for decent and adequate housing for them.

The Foundation for Human Rights in Cuba is appealing on behalf of Silverio Portal Contreras to anyone who can help end this injustice, to whom we have addressed the following statement:

The Foundation for Human Rights in Cuba (FHRC) has awarded Mr. Silverio Portal the 2020 edition of its Medal for Freedom “General Calixto Garcia.”  Silverio Portal Contreras, 72, is an Amnesty International Prisoner of Conscience who is serving a 4-year prison sentence in Cuba for “contempt” and “public disorder.”  He was arrested in June 2016 in Old Havana after attempting to intercede on behalf of street vendors who were being harassed by Cuban police.

According to experts, it is likely his harsh sentence resulted from his open defiance of the regime within sight of foreign visitors in a tourist section of Havana.

Mr. Portal is an independent social activist who has supported various movements in Cuba, including the Ladies in White. He has also campaigned on behalf of more state attention to repairing collapsing buildings in Havana that have cost the lives of many Cubans, a situation that has worsened as the Cuban military has profited from development in the tourist sector.

Since entering prison, Mr. Portal has suffered numerous health problems, including a thrombosis that paralyzed one side of his face, while also being treated for two strokes and hypertension.

In June 2020, the U.S. Embassy in Havana reported that Mr. Portal lost vision in one eye after being beaten by State Security agents. In July 2020, the Inter-American Human Rights Commission issued an urgent appeal warning that Mr. Portal is in a serious situation, with his rights to life and personal integrity in serious danger.

As Amnesty reports, “Although the leadership in Cuba might have changed, illegitimate restrictions on freedom of expression and association are still the practice.”

We urge everybody who defend injustice to contact the Cuban government by writing to First Secretary of the PCC General Raul Castro and President Miguel Diaz Canel, to register your concern in the case of Mr. Portal and request that given his fragile health he would be allowed to serve the two remaining years of his sentence in home detention.

The only hope for dissidents in such cases is international awareness and appeals for their guaranteed safety and release.

You can save the life of this humble and poor Afro-Cuban! We are counting on your help.