The return of the dollar and Cuba’s New Mafia State 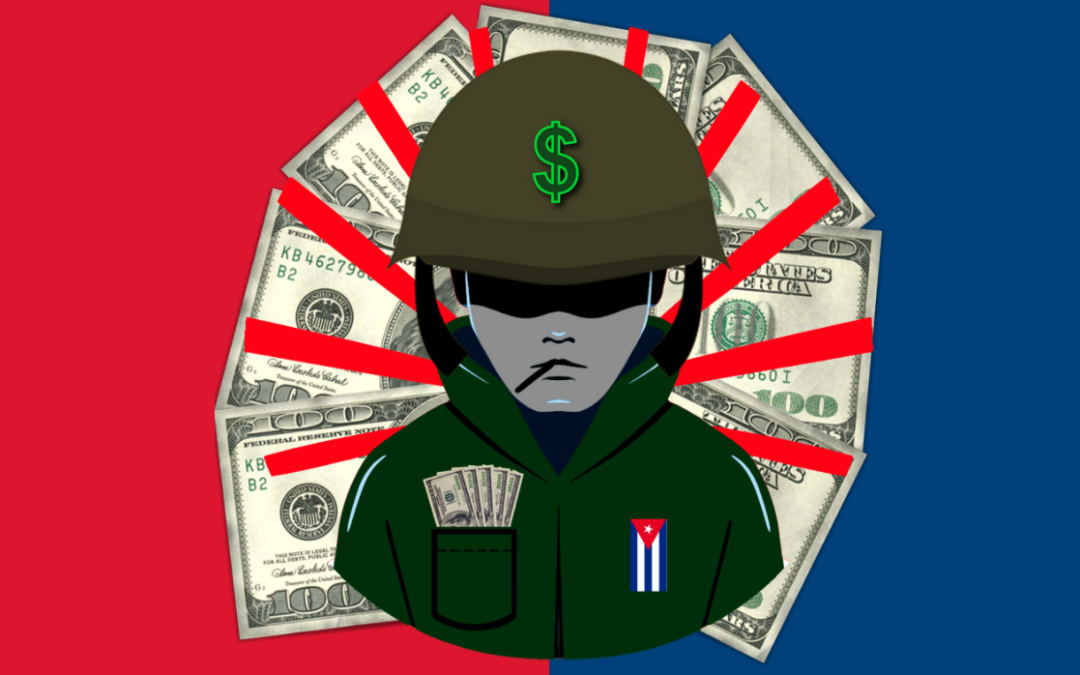 On the 67th anniversary of the assault on the Moncada barracks, the Mafia elite that now commands Cuba made even more transparent the mutation sustained by the DNA of that twisted process that some still call the “Cuban revolution”.

The Cuban population became divided into 60% who do not receive remittances and 40% who do get them, which resulted in a deep social breach between both. Disavowing the late Fidel Castro, Cuba’s power elite confirmed last week a new primacy of the dollar in the internal economy, and removed the 10% tax that Castro imposed on it, apparently expecting a larger inflow of “the currency of the enemy” into the country.

A high-level televised Round Table confirmed the opening of 72 military-controlled stores with a stock of food and toiletries that Cubans had not seen since the inception of the pandemic. Many wondered: “So, where’s the American blockade (embargo)?”

These new stores prompted Government-paid journalist Linne Diéguez Solana to express her bewilderment: “‘They deceived us,'” a friend who left a couple of days ago told me. ‘No, worse, they betrayed us,’ “Diéguez wrote on his Facebook profile. In her post, now unavailable, the journalist recalled that she grew up “being revolutionary “,” shouting slogans, jumping to show that I was not a Yankee”, and “ardently defending the conquests of the Revolution.”

Then she said she could not understand that “today some basic things I need are not within my reach because I have no one to deposit the enemy’s money on my credit card.”

Even with all her revolutionary merits, Diéguez had the bad luck of never entering the circle of the chosen ones. Today it does not include all those linked to power: there are substantial differences among them. As FHRC executive director Juan Antonio Blanco recently told Diario de Cuba, the country has today “two parallel States: the old bureaucratic-communist State and the new monopoly capitalism’ controlled by a military power elite. The latter are “a handful of people, mostly the military, not much more than 0.01% of the population.”

“The old bureaucratic State has been left in charge of all the obsolete and unprofitable State companies, forced to operate under a command economy. The new capitalist Mafia State, a monopoly of the military power elite, operates under decentralized management, grabs all the industries and services that generate hard currency, and creates joint ventures with foreign capital,” Blanco said.

“While the old communist State is still ruled by statist, centralized and planned economy criteria, the State under military control operates under a capitalist logic and nobody supervises or controls it. The alleged ‘social pact’ between the totalitarian communist State and the population – your freedoms in exchange for work, education and health – no longer matters to them.

A source close to the Old State, cited by the online news service Cibercuba, recently confirmed tensions between civilian leaders, deprived of economic power, and the new caste of military mafiosi. He explained how “more than one tension has been generated” between the person who has to face the population, Miguel Díaz-Canel, and the head of the GAESA military business emporium, Luis Alberto Rodríguez López-Calleja, “due to corruption and López-Calleja’s selfishness with the allocation of resources to buy food.”

In any case – FHRC’s director pointed out a week before the new dollarized stores were announced – the military are only interested in buying or producing food if they can maximize profits. “Why should GAESA get involved in producing chickens or food for national consumption? They make 240% profit on each imported chicken or food because they monopolize the domestic market in convertible pesos through their TRD (hard currency collection) stores.”

Those who fit the pattern of true believers in the Cuban “revolution” and “socialism” should open their eyes: It is not anymore one thing or the other, but an opaque and repressive State controlled by a Mafia elite that no one can control or investigate.

It’s an egotistical power elite whose interests as a social group collide with those of the population. The development they want is not the nation’s one but that of their bank accounts abroad. They are not short of dollars, running water in their mansions, or tourist trips to Europe and the Mediterranean.

They are also the ones who insist on keeping their criminal Venezuelan partners in power to the end, by monitoring the opposition, supervising the suppression of citizens’ rights and freedoms, teaching how to disrupt popular protests with snipers, and participating in torture and political assassinations.

In fact, all of them should go. As Fidel Castro once said of the Mariel boatlifters, “We don’t want them, we don’t need them at all.”