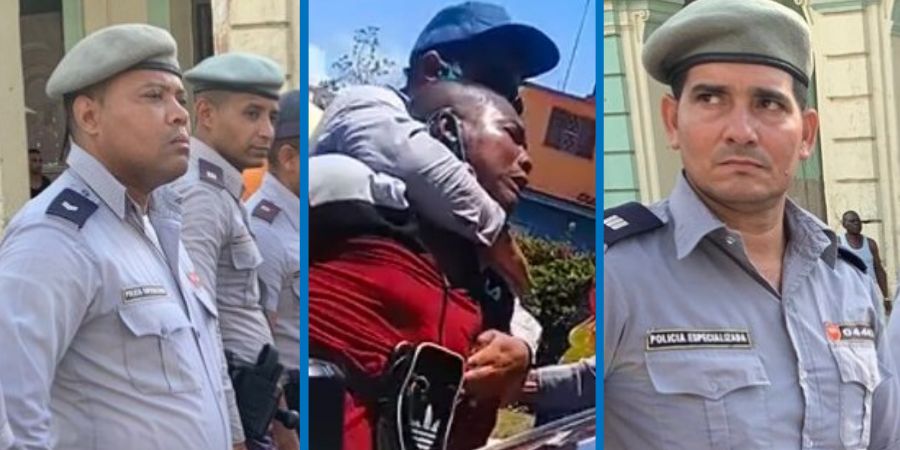 The Cuban government launched last week its broadest repressive operation in many months against independent activists and journalists. At least 78 were arbitrarily detained and 146 stayed under siege in their homes. The purpose was to prevent peaceful protests called across the country after the recent murder of black youth Hansel Ernesto Hernández at the hands of the police.

The aforementioned protests were catalyzed by two shots in the back given by the police in the impoverished suburb of Guanabacoa, to an unarmed 27-year-old lad. But two closely interrelated endemic ills of the communist island shaped the social background: police violence and the persistence of racism.

Ever since 1959, the Castro regime’s propaganda machine proclaimed that, thanks to the Revolution, black and mulatto Cubans, the poorest people in Cuban society, would enjoy equal opportunities. But this was never the case, much less since from the 90s on, the strategic sectors of the economy – those that manage foreign exchange – came under the control of the predominantly white military. Just as they have never been evenly represented in the political or military hierarchy, it has been especially difficult for blacks and mulattos to find work in tourism or joint ventures with foreign capital, where tips and other hard currency incentives make a big difference compared to the salaries paid by the State in devalued Cuban pesos. To be able to access those jobs is for them a vital issue because they are also the segment of the population that less remittances receive from abroad.

A recent study done by German researchers on the island found marked inequalities in several socioeconomic indicators: 50 percent of whites reported having a bank account, while only 11 percent of blacks and mulattos say they have one; 78 percent of remittances sent by Cubans from abroad go to white recipients, who also represent 98 percent of the few tolerated private micro-businesses. Something similar occurs with foreign travel: 31 percent of whites travel, compared to just 3 percent of Cubans of color.

Thus, a large part of blacks and mulattos in Cuba are forced to earn a living in the black market and other illegal activities, among them, peddling goods stolen from State warehouses, so they have become propitiatory victims of police harassment and violence, which in fact all Cuban citizens endure, but colored people are targeted based on a racial stereotype.

In a collaboration last week for the Washington Post, Abraham Rodríguez, co-founder of Cuba’s independent magazine “El Estornudo”,  cited recent examples in which the victims were all Afro-descendants: two teenage girls sexually abused by two policemen; two artists brutally beaten by 10 cops and locked up in a dungeon all night for not wearing a facial mask; two young broads assaulted, hospitalized and then jailed for more than two months just for trying to record the inappropriate behavior of two policemen: a 27-year-old man shot in the back by a law enforcement officer as he tried to buy coffee beans from a farmer.

The murder of Hansel Hernández backfired for the regime, in a media context in which official propaganda tirelessly criticized racism and police violence in the United States and gave extensive coverage to the protests of the Black Lives Matter movement, following the death up north of young black George Floyd.

Most of the participants in the largest spontaneous protest faced by Castroism along its history, the August 5, 1994 Maleconazo, were blacks and mulattos who lived in the dilapidated slums of Old Havana and Central Havana. As Cuba goes through its worst crisis of the new millennium, the hardships endured today by the population and especially by destitute blacks and mulattos – at the base of the social pyramid – evoke the bitter times of the 90’s Special Period.

On Sunday, June 28, the police broke up a fight between two young people in the Central Havana Los Sitios neighborhood. They handcuffed one of the lads, and as they threw him to the ground the boy passed out, which prompted neighbors to come out on the street yelling “abusers” at the officers.

Because he captured the scene with his cell phone, independent journalist Jorge Enrique Rodríguez was arrested. Initially threatened with bringing him to trial, Rodríguez was later released with a fine. A political police officer had come to his cell, asked him to forget about the trial and assured him that State Security had nothing to do with what happened to him.

Later on, describing to Diario de Cuba the incident occurred in the Central Havana slum, the independent journalist pointed out that, as he was being taken under custody, “all of the Los Sitios residents were throwing stones at the patrol car.”

Albeit reluctantly, Castroism seems to be finally learning to read the red signs of danger.