WHAT YOU NEED TO KNOW ABOUT REMITTANCES TO CUBA: THE MILITARY STEALS 74 CENTS OF EACH DOLLAR YOU SEND TO YOUR FAMILY 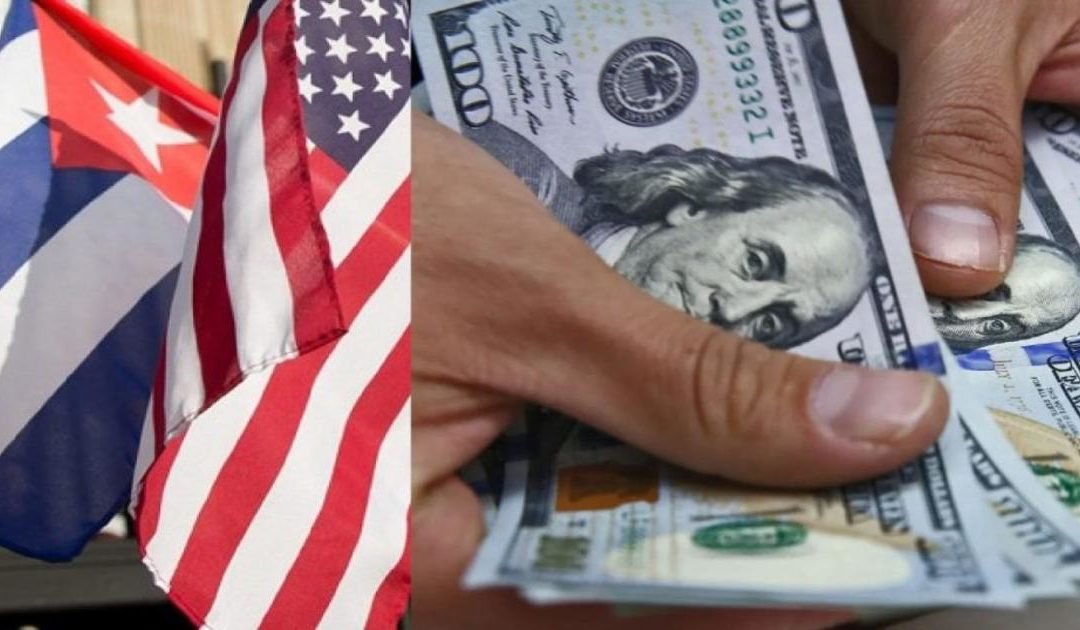 In making the announcement of the inclusion on a US blacklist of seven other companies under control of the Cuban military ─ among them FINCIMEX, which manages remittances to Cuba─ Secretary of State Mike Pompeo explained that the profits from these military-managed businesses are used “to oppress the Cuban people and finance their interference in Venezuela.” This occurs when, in addition to being the support of the Venezuelan narco-dictatorship, the role of the Cuban military in the torture of political prisoners and detainees in that country has been well documented.

Yet, regarding this US measure, the narrative embraced by both the regime and part of the American press focused on the worst affected being not the military, but those Cubans who depend on remittances to survive. They intended to sell to the public the idea that President Trump was victimizing impoverished family members on the island, already suffering enough from the shortages. In two words: once again the “US blockade” was to be made the big culprit.

What no expert had explained until last Wednesday is the mechanism by which more than 74% of whatever remittances are sent to relatives in Cuba goes to the military through its Grupo de Administración Empresarial (Business Administration Group), GAESA. A conference sponsored by the Foundation for Human Rights in Cuba commissioned Cuban economist and CEO of The Havana Consulting Group, Emilio Morales, to do so.

Morales explained how family-remittance dollars never reach Cuba, but are forwarded to bank accounts abroad under control of the Cuban military. Then they are transferred to a black hole of their business empire. It is hard to establish what are these monies exactly used for, since Cuba, unlike the rest of the world, does not keep a public record on the amount and sources of the remittances.

Just because it is the enemy’s currency, for every 100 USD of these family transfers the Cuban government imposes a penalty of $ 10, plus a $ 3 commission for the currency exchange. So for the original 100 USD the recipient gets in Cuba 87 Cuban Convertible Pesos or CUC, a currency that is not convertible anywhere else and hardly buys a few items in Cuba’s dollarized stores – you got it: a monopoly of the military. Prices in these stores are pumped up to 240% of the import value, notwithstanding the fact that many of the items that Cubans buy there are basic staples such as cooking oil and milk powder, which they have nowhere else to buy.

Senders and recipients of remittances are thus caught up in the monopolistic logic of the country’s masters. It reminds us the chorus of Sixteen Tons, that old tune about the life of a miner in Kentucky in the 1940’s: “I sold my soul to the company store.”

To give you an idea of ​​the extent of the business, Morales calculates that family remittances ─90 percent of them coming from the United States─ contributed $ 46.8 billion to the Cuban economy from 1993 to 2019. Of this figure, $ 18.8 billion, the official ones, passed through the hands of the Cuban military.

Moreover, the insatiable GAESA octopus also bought 27% of the shares of Cuba’s telecommunications monopoly ETECSA, a company that sells more than 1.2 billion cell-phone time reloads every month, at an average price of 25 USD. Just do the math. For every dollar you pay to reload your relative’s cell, the military also seize 27%.

It is false that sending remittances will be prohibited

Once the sanctions come into force against FINCIMEX ─the military-held financing company that deals with most money transfer agencies, including Western Union─ the Cuban government might relay its functions to a state-owned, non-military agency, since these measures banning Americans from doing business with blacklisted companies only target those under control of the military, intelligence and security apparatus. On the other hand, Morales explained, with 20 daily flights between the US and Cuba, unofficial remittances ─those that are carried by travelers─ would remain and probably increase.  Over the years their size always exceeded that of the official ones, nearly $ 27 billion from 1993 to 2019.

As it did in 2019 when remittances to Cuba were limited to $ 333 per month per person ─more than ten times the average Cuban monthly salary─ Washington is not seeking now to cut vital family aid to the island. Instead, it is targeting the military’s looting of money sent for humanitarian purposes to enjoy a life of luxury and to strengthen, in Cuba and Venezuela, the brutal repression that keeps them in power.