Cuba and the terrorists: a relationship that lasts 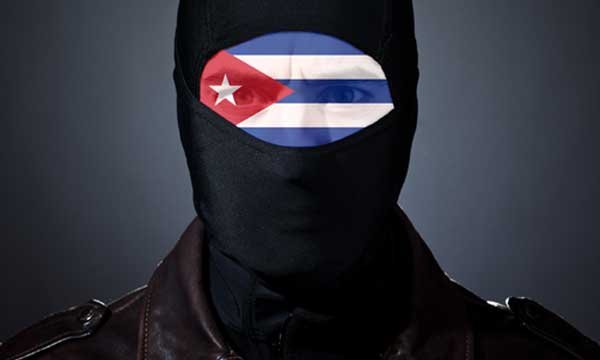 Last Wednesday, June 24, Cuba was certified as one of five countries “not cooperating fully” with the United States’ anti-terrorism efforts. The announcement had been made in May, but is now made official with the release of the State Department’s Terrorism Report for 2019, that was presented by Secretary of State Mike Pompeo. It’s an important first step in the right direction.

From 1982 to 2015, Cuba consistently appeared in the List of States Designated as Sponsors of Terrorism. Eager to leave a legacy in foreign policy by reestablishing diplomatic relations with Havana, the Obama administration ended Cuba’s stay on that list shortly before the reopening of the embassies in 2015.

The Castro regime began to appear on that black list for providing “advice, safe haven, communications, training, and some financial support” to several violent organizations in Central America, as well as for providing arms to the Colombian M-19 in exchange for facilitating U.S.-bound drug smuggling. Over the years it continued helping terrorist groups such as the Colombian FARC, ETA in Spain and the Manuel Rodríguez Front in Chile.

To certify Cuba this year as a “country not fully cooperating” with its anti-terrorism efforts ─a different category─ the State Department took into account several factors, including  Havana’s close ties and collaboration with States designated by the United States as Sponsors of Terrorism, like Iran and North Korea. For now, Syria and Sudan also belong to that infamous list.

Also considered was the refusal of Cuba to extradite ten commanders of the Colombian terrorist group National Liberation Army, ELN, who have been given sanctuary on the island since the failure of the group’s peace talks with the Colombian government in Havana, in 2017.

Colombia’s president Jaime Duque has a powerful reason to ask Cuba to hand over these terrorist leaders: in January 2019, a car bomb took the lives of 20 people, including young cadets, at the “General Santander” Police School in Bogotá. Three days later the ELN claimed responsibility for the attack. The group, a neat Castroist creation, alleged that the government “did not give the necessary dimension to the peace gesture that the National Liberation Army offered for (the 2018) Christmas and end-of year.” The investigation found that the car bomb arrived in Bogotá in November 2018.

The other reason considered by the Trump administration in certifying the Cuban government as non-cooperative in the fight against terrorism goes way back in history: ever since the 1960s Havana has offered sanctuary to fugitives from US justice such as police assassins Joanne Chesimard and Charlie Hill, terrorists like William (Guillermo) Morales and Ronald “Alí” LaBeet, and bank robbers such as Victor Manuel Gerena and Cheri Dalton.

There is, however, a difference between being part of that list of countries “not fully cooperating” with counter-terrorism efforts and that of States designated as “sponsors of terrorism”.

Certification on the first list prohibits, for instance, selling or licensing for export any defense article or defense services to certified countries, as well as offering them US economic assistance and access to World Bank loans. However, being on the list of Designated States Sponsors of Terrorism ─like Cuba until 2015 and currently North Korea, Syria, Iran and Sudan─ can imply fines or sanctions for people and countries that have certain commercial transactions with those States.

So after Obama assured Congress that Cuba no longer sponsored terrorism, investors and banks were relieved and excited ─by a lower perception of risk─ to invest or open branches on the island, without feeling compelled to write meticulous statements to the U.S. administration. The Paris Club and Japan, among others, happily condoned the Cuban debt, and hundreds of potential U.S. investors traveled to Havana looking for business opportunities.

However, being classified as a country that does not fully cooperate in the fight against terrorism may be the preamble to be moved at any time to the list of countries that sponsor terrorism. It is, among other things, a red light for potential investors.

At the Foundation for Human Rights in Cuba (FHRC) we are convinced that, just because of its criminal collusion with Venezuela, Cuba should have been already returned to the list of State Sponsors of Terrorism.

FHRC carried out an investigation on the subject ─later published under the title “Cubazuela, chronicle of a Cuban intervention” ─ in which we demonstrated the participation of high-ranking Castro military officers in the hijacking of the Bolivarian National Armed Forces; in advising and directing the point-blank and sniper killings of Venezuelan students and protesters; their direct role in the torture of Venezuela’s dissident military and political opponents; and in espionage, intimidation and harassment against anyone who disagrees with the illegitimate government of Nicolás Maduro. All this makes up a clear pattern of State terrorism.

Just for being so deeply involved in that ruthless repression that cost hundreds of dead and thousands of wounded and political prisoners in Venezuela, the Cuban government should return to the list of countries where it remained for 33 years, among the few that are the shame of the world: the U.S. list of Designated State Sponsors of Terrorism. We hope that what happened last Wednesday at the State Department will be the first step in that direction.