CORONAVIRUSES IN CUBA: DISOBEYING TO SURVIVE 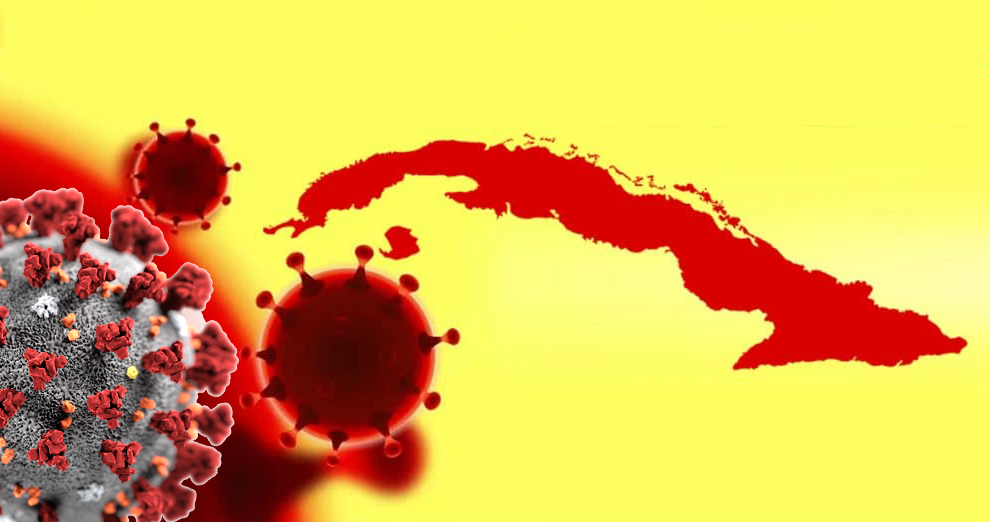 The Cuban government finally decided to recognize the reality of the new Coronavirus on the island. Unfortunately, the response does not meet the exceptional dimension of the threat it represents. The containment measures adopted so far are still partial and already late.

Although the departure of foreign tourists and a suspension of some activities involving crowds such as sporting events, concerts, movie theaters and theatre halls have been decided, classes of the school year have not been suspended so far, nor has the closure of bars and restaurants, and the government is not saying how it hopes to stop Cubans from making long, crowded, risky lines to get food and other basic staples.

Havana had barely admitted to the existence of a handful of cases in the country, mostly foreigners, but the figures rapidly changed after the aforementioned measures were announced on Friday. The sum of the infected and the watched over was approaching 30,000, a Public Health Ministry official revealed Saturday on state television. If only 10% of the “watched over” tested positive, the contagion rate would be relatively higher than in embattled Italy, considering that the Cuban population is six times lower.

Just a few days ago, on March 14, the Marketing Director of the Ministry of Tourism, Bárbara Cruz, stated at a press conference where she  presented the prevention plan for COVID-19  in the tourism sector, that those who traveled to Cuba “will be well received” since ” it’s a safe country. ”

Thanks to this irresponsible manipulation of the subject for political and economic purposes, some of the 60,000 tourists who were on the island may have been infected in that “safe country”. And the same may have happened with Cuban nationals, who historically have been kept in the dark, or only partially informed, about the real risk they face during outbreaks of infectious diseases such as dengue, cholera, Zika and now the coronavirus.

It is estimated that each infected person can sicken up to 3.5 people. Surviving patients can keep transmitting the virus for eight to 37 days after they begin to recover.

COVID-19, by the way, is passed on in a stealthy way, because many infected persons experience mild or no symptoms, which may appear two weeks after the arrival of the virus in the new host. Therefore, transmissions from these asymptomatic patients, mainly children and young people, occur without the healthy people around them being aware of it. It is estimated that each infected person can sicken up to 3.5 people. Surviving patients can keep transmitting the virus for eight to 37 days after they begin to recover.

Thus, youngsters who contract the virus while continuing to attend classes in Cuba will likely survive, but will pass it on to their vulnerable parents or grandparents, who often live under the same roof in crowded conditions. (The US Centers for Disease Control and Prevention, CDC, is even reconsidering, after the European experience, the higher immunity shown by young people in China)

And then there is the matter of queues. On the island, few can eat without waiting in long lines. 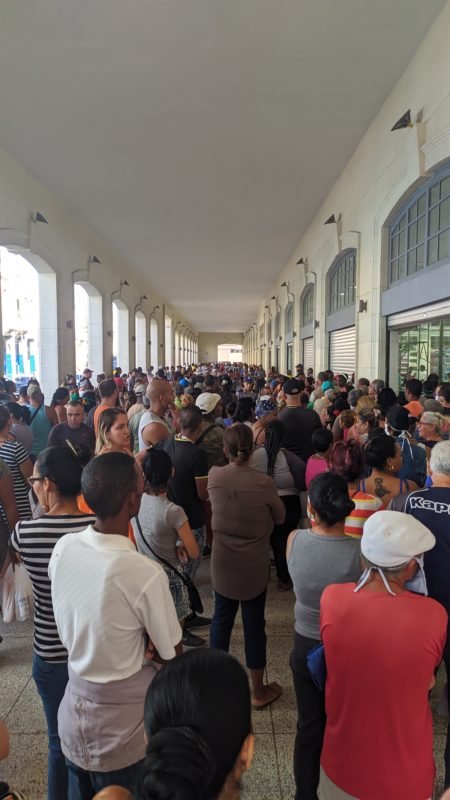 Italy, a developed country with a good public health system and sufficient resources, made the same serious mistake of procrastinating on the indispensable measures so last week, as it counted 47,021 cases, it surpassed China’s death toll with 3,405. If community spread of the virus occurs in Cuba, a country with no culture of hygienic cautions, where getting soap, alcohol or a face mask is usually a challenge, the contagion and death tolls could reach overwhelming figures.

In these circumstances, giving in to the State policy of continuing normally with classes, queues, work, ─places where you can only get in crowded public transportation─ and procrastinating on the essential social isolation, could mean death in the short term ─ probably weeks ─ for hundreds of thousands of Cubans. We are talking here about our children, spouses, parents, grandparents, and friends. A horrible death from lung suffocation.

Time is of the essence. It cannot be squandered by respectfully “asking” the government to do the right thing. There are measures that, for their self-protection, citizens can take on their own and immediately, without letting administrative or even police pressure intimidate them. Among them:

Additionally, a number of urgent demands should be presented to the Cuban government such as bringing dramatically down the prices on Internet service and establishing  a moratorium on any custom fees to the private direct import of urgently needed products such as soap, sterilizers and cleaners, medicines, and others.

Cuban society is facing a new and exceptional situation. Abiding by a policy, whoever it comes from, that irresponsibly exposes you and your family, is equal to choosing your own death and that of your relatives over the possibility of surviving this pandemic. In these extreme circumstances, citizens have, more than ever before, the right to disobey. Their lives and those of their loved ones are at stake.