The coronavirus in Cuba and the policy of silence

Last week CNN reported the death in China of Dr. Li Wenliang.  This physician, who tried to warn the public about the emergence of the Wuhan coronavirus, in the end succumbed himself to the disease.

The news story pointed out that Li alerted his colleagues in December about the presence of the new virus. However, after his messages were posted on social media, the Wuhan police accused him of spreading rumors. Two months after his warning, the virus has already surpassed 800 deaths and 30,000 cases in China, and it is the reason for an international health alert.

Is there coronavirus in Cuba?

Zoom in to Cuba, where the National Director of Epidemiology, Dr. Francisco Durán, said also last week: “So far, we have no confirmed cases (of coronavirus) on the island.“

The reliability of such statement is however questionable, because Cuba shares along with China, as it did before with the USSR covering up the magnitude of the Chernobyl disaster, a policy of secrecy around events and epidemics that, in the Cuban case, could affect the image it sells to the world as a health power, as well as crucial income earned from tourism.  Applying such policy includes repressive measures against those who dare break the secrecy.  This has been going on for decades.

Cuba silenced for years the emergence of AIDS on the island. It was imported by Cuban soldiers who fought in Africa in the late 70s and early 80s, who contracted it through heterosexual relations or local blood donations.  But the first case was reported in 1986 after they confirmed that a Cuban homosexual who traveled to New York was HIV positive.

In 1993, Hector Terry,  at the moment Cuba’s Vice Minister of Health in charge of Hygiene and Epidemiology, was fired after he publicly acknowledged that the optic neuritis epidemic that affected more than 30,000 Cubans during the post-Soviet economic crisis was due to “nutritional deficiencies”.

In 1997 a Cuban doctor, Desi Mendoza, reported up to 10,000 cases of dengue in eastern Santiago de Cuba and was sentenced to eight years in prison for spreading Enemy Propaganda.

In 2009, reporters from the harassed independent press showed that an H1N1 swine flu outbreak was killing Cubans, especially pregnant women, and not just Mexicans and Americans, as State media portrayed.

In June 2012 another independent news agency, Hablemos Press, destroyed the wall of official silence around an outbreak of cholera in the town of Manzanillo, Granma province. Eventually, the cholera plague spread throughout the island, but the government misled the public by acknowledging only   “acute diarrheal diseases.”

That same year, schools had to be enabled to house more than 3,000 dengue patients in the city of Camagüey, and at least one 35-year-old lady died at the provincial hospital “Amalia Simoni”.  However, the official media only asked for help to eliminate the transmitting mosquito, not mentioning the presence of the disease at all.  Moreover, Cuba did not send any 2012 dengue statistics to the Pan American Health Organization.

In 2013 Dr. Luis Suarez Rosas, a professor at Cuba’s National School of Public Health, wrote in a critical essay: “The existence or not of a number of cases of a disease is one of the aspects and issues of public health that deserves a particular and specific ethical consideration. It requires responsible and truthful information transparency so that it can reach individuals and communities without adulteration or cover-ups. On many occasions, this becomes a matter of life or death.”

A few days ago Radio & TV  Martí reported, citing research by US scientists, that the incidence of Zika in Cuba must have reached 5,500 cases in 2017, but Havana only reported 1,300 cases that were not timely reported by the Pan American Health Organization, claiming “a technical failure.”  US health authorities could not properly give public advice that year about the dangers of traveling to Cuba and contracting Zika, a disease that causes congenital malformations to the fetuses of pregnant women. 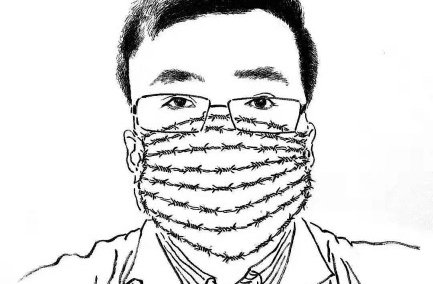 “A healthy society should not speak with one voice.” -Dr. Li Wenliang

In 2019, Cuba reported 4.3 million tourists, 700,000 less than the original annual goal of 5 million. Considering the record of epidemiological secrecy accumulated by the Cuban government, those traveling to the island now have another risk to worry about.

Shortly before a Cuban health official affirmed last week that there was not a single confirmed case of coronavirus on the island, a local tourism official declared to the Chinese agency Xinhua that there is “a joint program between the ministries of Tourism of Cuba and China to promote Chinese tourism” to the island.

“We know that their tourism has a huge potential, so the arrival of Chinese visitors here will soon become noticeable,” the official said.