Cuba and the normalcy of barbarianism 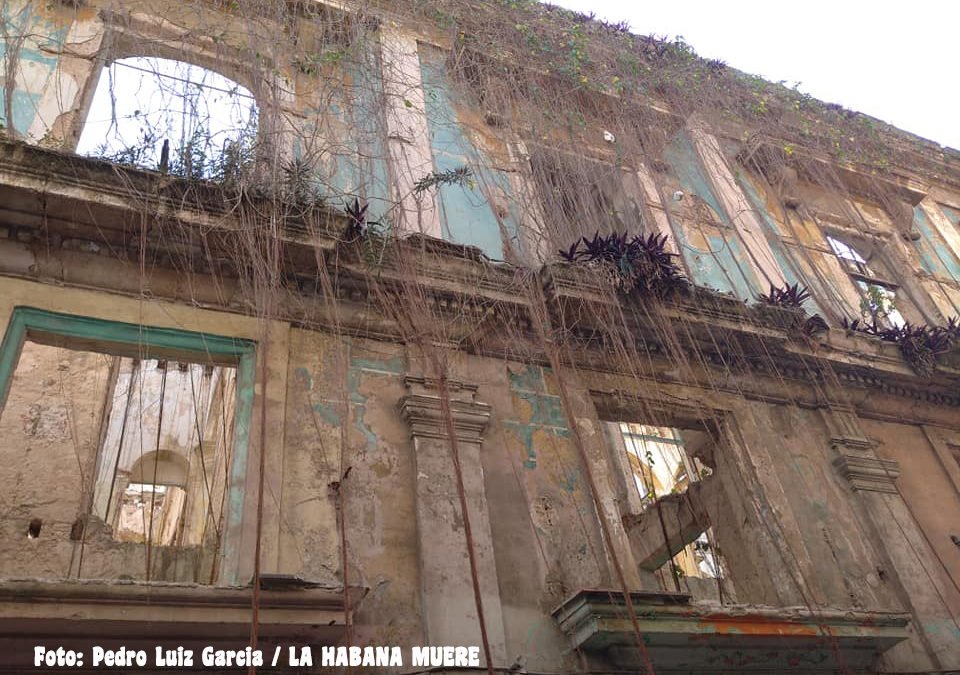 In Old Havana three girls were crushed by a fallen balcony, and no one feels responsible.

In any civilized country around the world, the deaths of three young girls are scrutinized with a magnifying glass by the institutions responsible for preserving social welfare.  Or ultimately, what we call life.

Only once there is no doubt, after a thorough investigation, that the deaths of three girls in the same incident were the result of an imponderable, accidental or impossible-to-prevent misfortune, would the institutions just mourn the losses and do nothing else.

Yet a balcony that falls and kills three girls is not an imponderable of fate.  It’s not an accident. To the contrary, it is such a foreseeable circumstance that those whose negligence made the tragedy possible should be in jail right now.

The question is who must be held accountable.

First links in this chain would be the demolition workers who took longer than it should to take down the structure; the inspectors who did not inspected properly; those assigned to mark and isolate the area.  But the day these weak links begin to be punished, no one knows what might happen. How could they turn the tables on the real culprits.

So impunity takes over. It’s nobody’s and everybody’s fault.  That is the kind of pact that rules chaos in countries where institutions remain in bare bones, like puppets emptied of their stuffing.

A balcony that kills girls without a nationwide outrage is symptomatic.  It is a perfect thermometer of social degradation that everyone can check out.

A balcony that kills girls without horror in every newspaper, in every newscast, in every voice of a radio announcer, without requiring someone to pay for this, exposes the savagery that can spread to a society when the role of the institutions is nullified and the rule of law is sidestepped.

When the press remains silent in the face of such shocking deaths for fear of pointing out the real culprits, and refers to girls between the ages of 10 and 11 as ” teenagers”, to despicably lessen the scale of the horror, it does what is expected from a servile press:  it serves the powerful against the oppressed.

When a foreign minister like Bruno Rodriguez uses Twitter to express condolences for the death of an American basketball player, but not for three daughters of the people he should theoretically serve and honor, he is consistent with the disdain dictatorships feel for their subjects.

When it takes an illegitimate president almost 72 hours and 18 tweets to offer condolences for the agonizing death of those three young souls, and when he does so with appalling coldness and indifference, as one who does not feel alluded or believe he is supposed to offer explanations or find culprits, he is reminding us that he, and those who allow him to remain in power, are the real culprits.

Those in  Cuba who learned  that a collapsed balcony crushed to death three girls as they  were having  an ice cream in Old Havana, and keep tending to their daily routine as if nothing happened, ─without demanding explanations, without shouting “enough is enough”, without mobilizing an army of dissatisfied people against those responsible of balconies and buildings collapsing every day and everywhere in the country─  seem to  have internalized as normal what in a normal society would be barbarianism. Because that’s what it is: barbarianism.

Most Cubans take as normal that 26 elders die of starvation and hypothermia in a psychiatric ward, as it really happened in Havana in 2001, just like a Kabul neighborhood understands that bomb blasts or machine-gun bursts are part of their daily lives. No one in his right mind asks there for culprits or solutions. Barbarianism has become embedded into social consciousness.

You should remember that when the next Cuban “misfortune” arrives: when other collapsed balconies, roofs or walls, or contaminated vaccines, or truck accidents, or fallen planes, kill the children we love and those who are truly responsible act as if they are not: it’s the price of keeping them in power. A price paid day after day by every Cuban who doesn’t dare raise his voice.

From somewhere, Emmanuel Kant’s apothegm reminds us like a thunder: “He who willingly becomes a worm should not complain when someone decides to trample him.”