The failure of Evo Morales and Castro 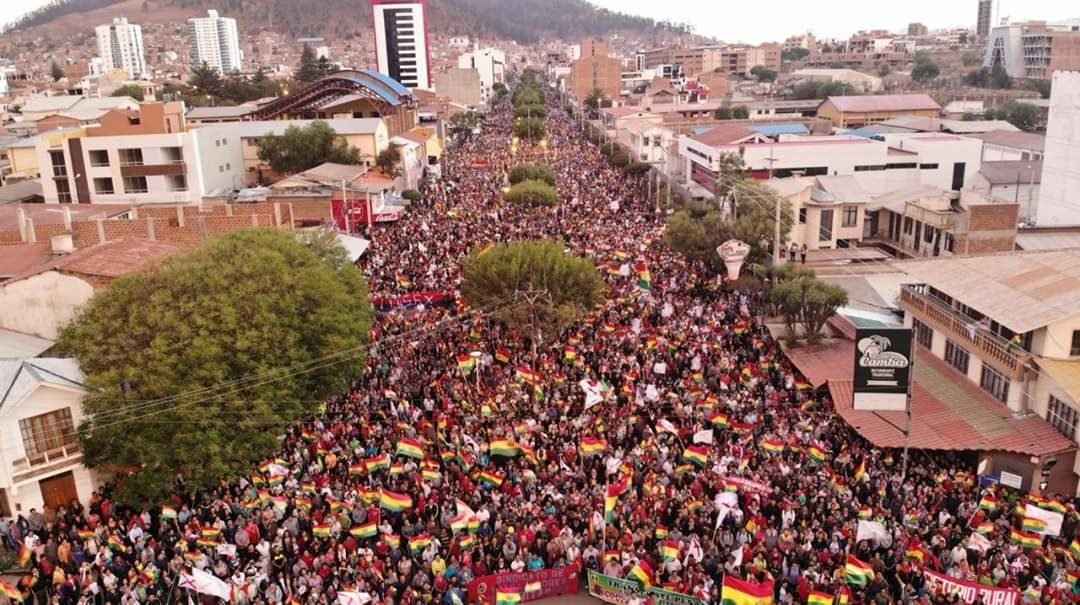 Life is what happens to you when you were planning something else.  In Havana and La Paz they planned to extend the powers of Evo Morales in the country with the largest coca fields needed for producing cocaine in large scale. Evo Morales was forced, on the thirtieth anniversary of the fall of the Berlin Wall, to seek refuge in his historic cocalero stronghold of the Tropic of Chapare, in the Department of Cochabamba.  Shortly thereafter he was forced to submit his resignation when the armed forces and police refused to massacre the protesters.

These events are very serious for the Castro-Chavist regional reconquest plans.

While working to push for Cristina Kirchner’s return, Lula’s release from prison, and the destabilization of the governments of Ecuador and Chile, they felt that their Bolivian stronghold was safe.

Had the population not already accepted, resignedly, previous electoral frauds?. Hadn’t he tolerated the violation of the Constitution by accepting a spurious Supreme Electoral Court decision authorizing Evo Morales to run again for re-election?

That was the plan. But they forgot Karl Marx’s phrase when he claimed that History is a mole that digs tunnels and surprises everyone when he comes out, suddenly, at the least expected place.

In a matter of two weeks, the control mechanisms of the Bolivian regime and the Cuban embassy in La Paz entered in a crisis mode and crumbled.  One after the other.

The people were outraged with the contempt shown at them by regarding common people as passive fools, they rebelled and were not frightened by paramilitary shock groups. The police mutinied against the government and withdrew protection from the Presidential Palace. The armed forces refused to participate in the crackdown. Dozens of officials resigned and at least twenty of them applied for asylum at the Mexican embassy. In the end, the demand for the resignation of the president became massive and covered all social sectors except those linked to drug trafficking.

In these circumstances, the Cuban agents of influence in the international media are of little use. This crisis is not decided by the readers of The New York Times, but by the cholitas of Plaza Murillo. Nor has the OAS, which has already acknowledged the impossibility of covering up such a massive fraud.

Evo– contrary to Havana’s dogmatic intolerance – has had to take a step back, call for new elections, and finally resign.  In the end, he is the one who knows the Bolivians best, and does not want to have the tragic end that another president had when the people ended up hanging him from a public lighting pole in front of the Presidential Palace.

Castro racism belittled the intelligence and love of freedom of an eminently indigenous people. And he was proven wrong.

The breezes of Cubazuela’s northern autumn has stumbled upon an unexpected spring wind coming from Bolivia . Evo and Castro’s narco-fascist electoral coup has already failed, but the struggle for freedom has not ceased. Evo Morales has fallen.  Now the Bolivian people need to ensure that the new electoral process is free from the manipulation and interference of drug traffickers and Cubazuela.

The Cuban diplomatic representation must be expelled from La Paz. Members of the Cuban medical brigade who are not intelligence agents should be offered the opportunity – as was done in Brazil – to reside, revalidate their titles and work as free people – no longer as slaves – in the country.

Is it impossible to overthrow them? At the Foundation for Human Rights in Cuba we believe that it can be done: Sí se puede.