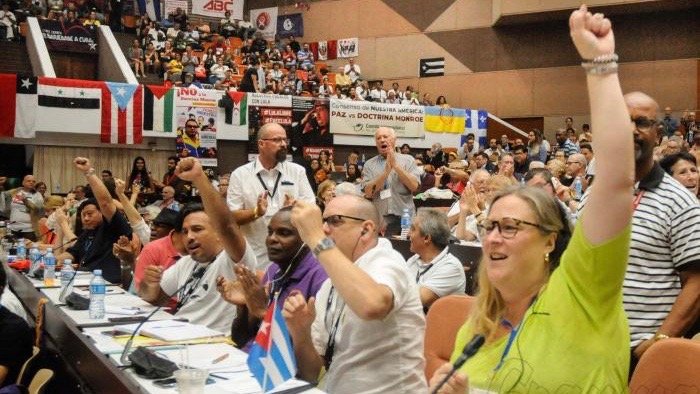 The riots and social explosions in Ecuador, Chile and Bolivia have attracted the attention of journalists and academia. Quite a few seek to find reasons homologous to the situation in Hong Kong and Catalonia. They want to explain everything from an alleged planetary crisis arc that reflects the weariness and rejection of liberal systems, the market and democratic regimes. Others are convinced that the region would be a calm sea if it were not for the interference of countries such as Cuba, Venezuela and even Russia.

Hong Kong, Cataluña, Ecuador and Chile are not comparable crises

There are cultural and causal differences among these phenomena. Hong Kong is fighting for democratic freedoms; in Catalonia they are using such freedoms to promote separatism. In both cases the conflict is eminently political, not economic. In Ecuador and Chile the sparks that started the protests were punctual and economic in nature. In Bolivia, on the other hand, they are not fighting “against the International Monetary Fund and the capitalist system” as proclaimed by the regional left, but against a dictator connected with the regional drug trafficking networks and who, with the support of Cuba and Venezuela, has run unconstitutionally for the third time in an election which, in addition, he has stolen.

When a perception is created – be it true or false – that a president is willing to grant everything as long as he is allowed to continue in power, the doors to chaos are opened. Moreno is already in the post-conflict phase; the president of Chile, Piñera, is not. He is no longer being asked to lower a fare cost but to change the entire development model and the constitutional regime. And it is not too risky to think that he will soon be asked to “let everyone go” – himself included – and not only the members of the cabinet that the president has now fired in full.

Does the Chilean model need a structural change? Surely yes, and it could be readjusted in such a way that it does not lose the success already achieved, while it becomes more sensitive to the new citizen demands. Is that what the Chilean radical left is really looking for? No. They want to implement the XXI Century Socialism. Ignoring their real intentions can be a costly mistake for Chile in the medium term.

Those who affirm that the social demands that gave rise to widespread protests in Ecuador and Chile are home-grown and legitimate are right. Those who believe that they can rule out the interference of Cuba and Venezuela are wrong.  Rarely can interferences artificially force and successfully manufacture the demands that start a protest. What they always do is fish in troubled waters and cloud their waters to the fullest, to transform a punctual demand into a program of changes that favors their strategic interests.

The indications that subversive work is acting against both nations are not the result of anyone’s feverish imagination. Protesting a rise in the price of fuel does not imply setting fire to the public building containing the judicial records against former President Rafael Correa and some of his ministers. Demonstrating against a rise on the price of Metro tickets is not conducive to burning ten subway stations simultaneously and unleashing unusual, destructive violence and vandalism throughout the capital. It is natural to discuss who is behind these crimes, but it is not logical to accept the thesis that they occurred spontaneously, without coordination and planning, when even the same incendiary instruments were used. The existence of social networks does not explain the level of quasi-military coordination with which these groups have acted.

The argument that both Cuba and Venezuela are facing an economic crisis that would prevent them from meddling in other countries is naive. For more than a decade both have had a pact with drug trafficking networks that operate in the countries affected by this autumn breeze. They have an interest in overthrowing governments that hinder their operations, as is the case with Ecuador and Chile today.

Seizing any opportunity to foster destabilization also serves to validate the threat that Cubazuela has the ability to create several Vietnams in the region. It is not by chance that in the middle of this autumn breeze, an Anti-Imperialist Solidarity Meeting for Democracy and Against Neoliberalism was organized in Havana, convened by a pompous International Symposium on the Cuban Revolution. Hundreds of delegates from the regional left, with all expenses paid by that “blocked” and bankrupt island, have called for more coordination and actions.

Wasting no time, Ismael Drullet, of the Cuban Chapter for Social Movements and Secretary of International Relations of the Cuban Trade Unions, spoke of recent changes in Latin America, mainly in the political scene of the region, and the turn to the left, which will positively influence from the economic and social point of view.  “Solidarity with those struggles is essential; growing in this sense will lay the foundations for a new society. It is key to share and unify the strategy and articulate ideas with the same objective … We must strengthen unity, mainly among social movements and political parties, to take on imperialism and capitalism,” he said. Later, again with the generosity that characterizes a nation plagued by scarcity, he affirmed the following: “Cuba offers its permanent readiness to create favorable conditions for regional and international articulation and achieve, among all, a better world, which is possible”.

It’s time to call their bluf.