Cuba: deconcentrating power is not equal to decentralize it 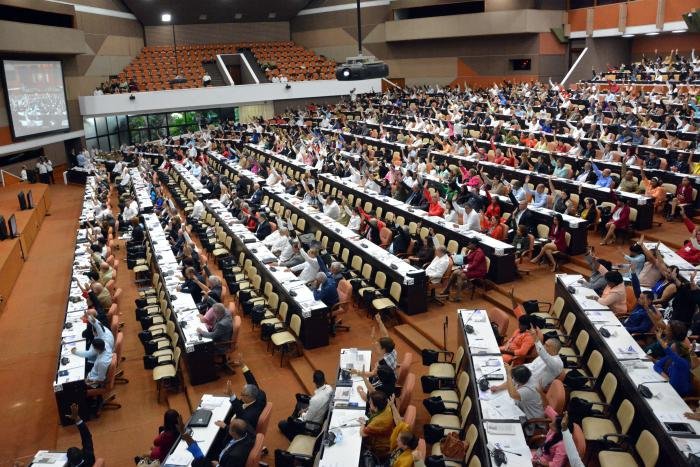 ShareTweet
The (s)election on October 10th of Miguel Díaz-Canel as President of the Republic of Cuba and Esteban Lazo as President of the Council of State and the National Assembly of People’s Power (ANPP) came to corroborate the immobility of the Stalinist regime led by Raúl Castro.

It was a direct result of the new Constitution, which is actually a testamentary will left by Raul Castro to deconcentrate government functions in order to tie the hands of his successors and prevent a would-be “Cuban Gorbachev” from introducing real change.

Far from announcing changes to release Cuba’s productive forces, or end the escalation of the crackdown against the opposition activists and independent journalists, the first thing the newly selected Head of State did was to lie and manipulate the bottom line. With the country sinking into the worst economic crisis since the 1990s, Díaz-Canel swore there is nothing to worry about, because the “Crossroads Temporary period” is almost over and soon everything will return to normal.

As long as the Communist Party of Cuba (CCP), the nation’s supreme authority according to the Constitution, refuses to make structural changes, the Head of State can do nothing, nor is he genuinely interested in so doing. The mission of designated officials like him is to obey, not ─as they say on the island─ to “invent”.

What we are dealing with here is an institutional mise en scène intent in making believe that fundamental steps are being taken in Cuba, and thereby keeping the Cuban people’s hopes up.

All of this was very well layed out by Raul Castro when he imposed his constitutional will: no one in the nation’s civil echelons could have too much power, not even the head of the CCP. From now on the highest positions at State and Government management will be held by different people. Yet the country’s “number one,” the dictator, remains and will remain in command until he dies.

Because, in fact, the highest instance of power on the island is not the CCP, but a tight circle of generals and historical commanders led by Castro himself. This military leadership can decree a state of emergency in the face of a national danger and openly assume command of the State, leaving all other institutions in suspense. This is what the “new” Constitution prescribes.

For the time being, that military junta is “invisible” though, it is not showing its face, operating behind the scenes instead. The new institutional shebang erected on 10th October lacks real political-military power. It is a second-hand hierarchy within the structure of Castroism.

The basis for Diaz-Canel’s fabrication that everything will soon return to normal was three million barrels of crude oil that Maduro is sending to Cuba because he has no buyers for it and PDVSA  does not have enough storage capacity.  Unless he sent the oil to Cuba, he would have to halt the crude oil extraction, a move that might damage many oil wells.

But all that fuel will only last for about two months.  Then the U.S. can prevent Venezuela from continuing to bring oil to Cuba.  Russia, regardless of what Dimitri Medvedev says, doesn’t give away crude oil. And Cuba does not generate enough financial resources to buy crude and diesel at market prices.

Moreover, “Special Period II” is not just about the fuel crisis. Food production, just like everything else, is collapsing:  there are shortages of medicines, the private sector is shrinking, they are reverting to animal traction, and tens of thousands of workers have been laid off.

None of this will be solved by the newly minted Osvaldo Dorticós / Manuel Urrutia, the other two “presidents” that in 60 years of Castroism did not bear a Castro last name. They were nothing more than window dressing, devoid of any real power. If Havana insists on its immobility, the Crossroads Temporary Period might well become the Ending Period of the Castro Era.