The fuel crisis is not due to a “critical juncture” 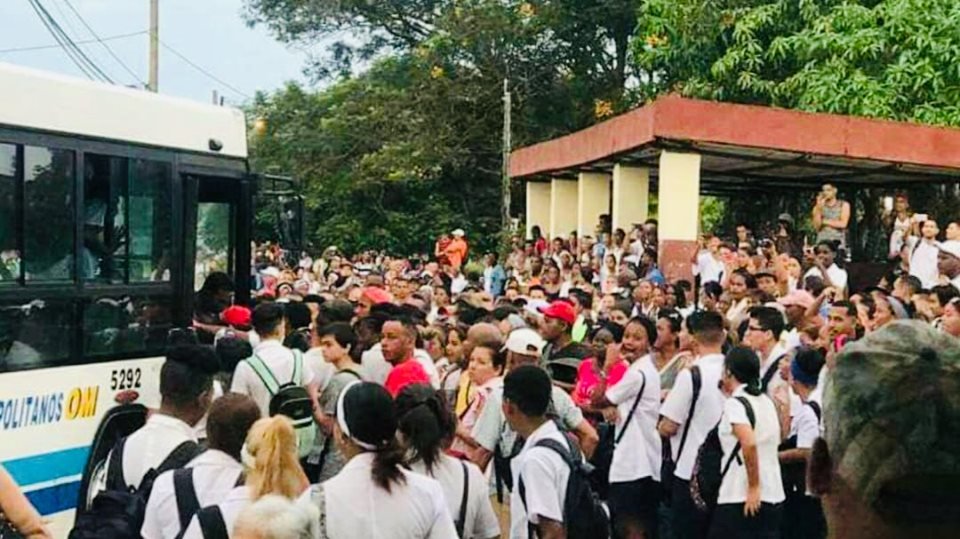 Just as Cuba’s “special period” in the 1990s pondered the possibility of “option zero” (zero oil), the communist country’s nascent “special period II” is shaping up some kind of “option zero-II “. This time, not because of a looming total lack of oil, but only of the one that comes from abroad and covers more than 60% of the nation’s needs.

But that’s not what President-designate Miguel Diaz-Canel acknowledged when he was on TV a few days ago. His message to Cubans was not to worry, because supposedly the lack of fuel — which has already paralyzed even ambulances — is due to a critical juncture, for which the US “blockade” is to blame. Then he went on promising that Cuba would not return to the “special period”, because the country’s economic future looks encouraging.

True to Castro II and the Castroist culture of perennial deception, Díaz-Canel was, in fact, deceiving the Cuban people once again.

Right now, Cuba produces about 50,000 barrels of oil per day, out of the 130,000 it consumes, but Cuban crude is too heavy and hard to process, so it is mainly used to fuel thermoelectric plants. That’s why a return to the 12-hour-plus blackouts of the 90s has been avoided thus far. Just for the time being. If the Chavista oil giveaway stops, part of that Cuban crude will have to be used elsewhere so that the entire economy does not collapse.

The island needs about 80,000 barrels of “good” foreign oil per day to keep the economy running, but it is receiving much less, hence the crisis. The argument put forward by Diaz-Canel on TV was that the lack of fuel is a “critical conjuncture-derived situation”, because more oil will soon arrive and everything will return to normal.

That is dishonest, and it conceals the bottom line of the crisis. Some fuel may arrive in the country, but the energy crisis will continue, due to two main reasons:

1) Venezuela’s production is declining and will continue to decline; and

2) the Cuban regime does not have enough hard currency to import the remaining 80,000 bpd it needs.

Diaz-Canel omitted that, according to most experts, in a few more months Venezuela will probably no longer be able to export oil.  Domestic output will barely meet the country’s internal demand.

Meanwhile, in Havana, everything begins to look like deja vu: buses with people hanging from the doors, others dangerously racing behind them; children not attending school and workers not going to work. The distribution of fresh milk to children aged 2 to 6 years, hospitals, children daycares and nursing homes has been affected.  The production and delivery of meat and pasta products as well as coffee has almost come to a halt. Frequencies have been substantially reduced In railroad schedules, and animal traction is used again for multiple transportation activities.

A halting of fishing operations, as well as of the production of bread, preserves, beer, soft drinks and beverages has been announced; also ordered to stop have been the removal of products from government storage freezers,  the unloading of ships, and the transfer of grain to wheat mills in order to deliver flour to the  bakeries.  If an ambulance is needed for someone seriously hurt or ill, none will show up due to the lack of fuel.

Such a dramatic picture is called a crisis, no matter what the dictatorship says. And it is due to the devastation of Venezuela by the “Bolivarian revolution”, and to the abject failure of communism. Of course, the crisis does not affect any well-fed, well-transported Castroist chieftain.

Yesterday it was the Soviet Union: when it collapsed, subsidies and free oil also ended. Now Venezuela, the substitute “paganini” (Cuban slang for benefactor), is deflating. Unable to sustain itself, the Castro regime is running out of hard currency and fuel. They must import oil from Russia, Algeria and other countries, but pay for it in cash.   Havana would need US$1.75 billion per year just to import oil at market prices. Where are they going to get that money from, which is pretty much equal to what they spend every year on imported food..?  Will they have to choose between fuel and famine in Cuba..?