How A Simple Questionnaire is Helping Cubans Think Bigger Than Communism 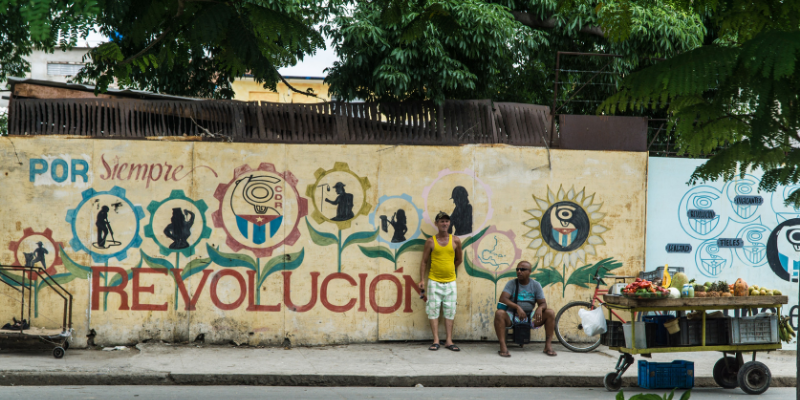 If you’ve never experienced freedom, would you be able to recognize it? Since the younger generations in Cuba have only experienced a strict communist system, they’ve not been introduced to true individual freedom and the unrestricted pursuit of happiness.

They’ve been indoctrinated from an early age, forced to swear their loyalty to a governing philosophy without understanding the alternatives. If their parents or educators attempted to teach them differently, they’d face unemployment or prison time.

In order to encourage free thinking and self-empowerment, The Foundation for Human Rights in Cuba began the Contests program to present Cubans with opportunities to reflect and give feedback on their current critical issues. We host these polling questionnaires four times each year, and any citizen can participate. Winners receive a first prize of $300 – almost the equivalent in Cuba of a year’s salary!

Not only do our Contests get citizens thinking on important questions related to personal freedom and the role of government, these surveys also portray daily challenges faced by the population across the island. This important data helps FHRC adjust our program to provide maximum support to the Cuban people. In addition, we’re able to better identify potential activists who can work to promote positive change!

“How could talent, creativity, innovation and initiative be released to generate wealth and prosperity for everyone in Cuba?”

A resident of Cienfuegos, took home first prize for the inaugural Contestsprogram in 2015. He wrote an essay expressing that individual growth and development is important to a collective well-being.

He proposed to “strengthen legal structures that enhance the right to property and privatize state enterprises to make more transparent the operation of public services and open the Cuban economy to the international scene through commercial, investment and financial relations.”

“What laws and measures are needed to contain and reverse the growing poverty in Cuba?”

Another participant took home the first place prize with her work entitled “Paths to Democracy.” In her essay, she stated “the transformation of the current totalitarian system into a lawful state, the promotion of respect for private property, and the need to maximize and secure indispensable guarantees to foreign investors on the island will increase sources of employment.”

At the time, Cuba’s laws and regulations were limiting the continuation of agricultural production, alternative transportation and housing development. The winner’s work encouraged solutions to these problems.

These questionnaires aren’t only ideal for prompting Cuban citizens to think, they also result in tangible ideas that can be executed. The most recent contest posed the question of how Cubans can solve problems in their respective neighborhoods.

The prize was won by a 21-year-old woman who organized a peaceful demonstration with several neighbors to demand that the local government repair the bus stop in her village.

“To our surprise, the demonstration brought about results: five days after several neighbors of the community protested peacefully in front of the Provincial Headquarters of the Communist Party, the authorities provided the materials for the reconstruction of the bus stop,” she said. “Thus, we could solve the problem in our neighborhood.”

FHRC is dedicated to bringing both democracy and free enterprise to Cuba through non-violent means. Thanks to our supporters, we’ve been able to challenge young minds and provide them a safe space for free thought and expression.

With your donation, we can continue to reach more people across the island, providing them more opportunities to address their critical issues, promote solutions, and provide us with very important information on how to better serve Cubans.

They need our support. You can help. Make a donation today!