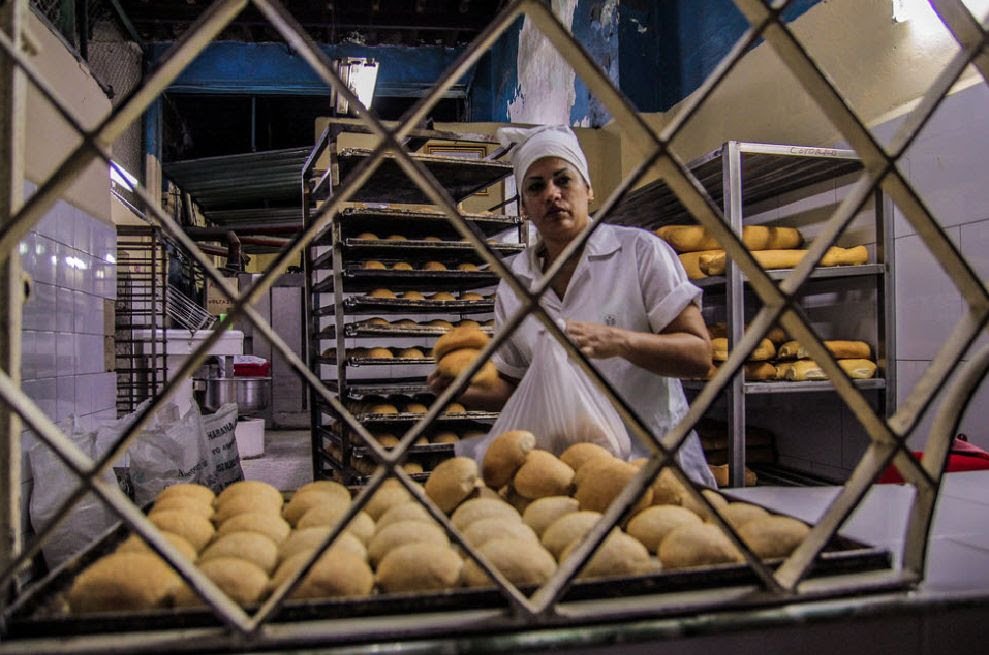 The biblical phrases “Give us this day our daily bread …” (Matthew 6:11) and “You will earn your bread with the sweat of your forehead” (Genesis 3:19) reveal that throughout the history of mankind bread has been the staple food of families. When bread and flour have been lacking, because of wars, natural disasters, or massive plagues in the wheat plantations, there have been fatal famines.

Well then; in Cuba, next January 1st, on the 60th anniversary of “the revolution”, the people will have not more, but less bread and less flour, to such an extent that the specter of hunger begins to cloud the skies of the island.

According to the Spanish news agency EFE, in Havana flour packages have disappeared from the shelves of State-owned stores; and with them the unregulated sale of bread. In the bakeries, only the tiny rolls sold through the ration card are available.

The “bread crisis” has generated long lines at the bakeries. The complaints become more audible, acquiring virulent tones in social networks. The issue has become so ugly that dictator Raúl Castro, and his administrator Díaz-Canel, have sent to the Round Table on TV, to show their faces to the people, both the Minister of the Food Industry, Iris Quiñones, and the Minister of Agriculture, Gustavo Rodríguez, Minister Quiñones admitted that “there is a general tension in the whole country,” due to the lack of flour and bread.Why is there no bread? There should be not only a surplus of flour, but also Cubans should not depend primarily on bread to survive. They ought to have plenty of fine and varied food based on a good agricultural and livestock development plan.

There is no bread because the colossal unproductiveness of the socialist economy prevents the production of exportable goods in order to obtain hard currency and import enough wheat. And because, also thanks to socialism, the lack of money is compounded by the broken mills and poor maintenance of the whole industrial and commercial infrastructure related to wheat and bread.

Due to the lack of hard currency, the regime only imported in 2018 a total of 30,000 tons of wheat flour, when at least 70,000 tons were needed; that is 40,000 tons more than they imported. Minister Quiñones acknowledged that “this has caused increased tensions in terms of supplies to ensure the production of rationed bread and other items such as biscuits and pastries,”

On top of that, mills in Santiago de Cuba and Cienfuegos are paralyzed for lack of spare parts, while in the western part of the country two large production lines are also out-of-order.

That is to say, the dictatorship ended up recognizing what was evident weeks ago. And of course, as usual, both Ministers had instructions to present on TV pretexts and subterfuges to justify the crisis. That is why the Minister of Agriculture spoke of a greater demand now due to the Christmas holidays, the damages caused by past hurricanes, and the scarce financial capacity due to the US “blockade”, etc.

Additionally, and thinking in terms of the possibility of another “Special Period”, Cubans are very concerned about the growing difficulties to buy eggs and powder milk.

In short, one can’t pretend reality doesn’t exist.  The real reasons why the island lacks “our daily bread”, and everything else, are two: 1) the non-viability of socialism; and 2) the urgent need for the productive forces of the nation to be liberated and let the “invisible hand” of Adam Smith be put into action.