ONE BATTLE WAS WON; OTHERS TO COME 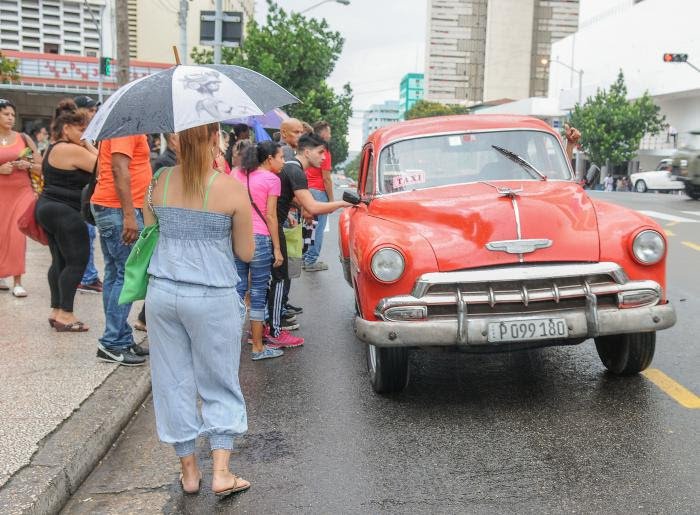 It have been proven once again. When the Cuban regime receives strong pressure on an issue with potential to escalate into a greater conflict, it yields.  Especially if continues stubbornness becomes difficult to explain to the populace or abroad.

Just 48 hours before putting into effect on December 7 the package of new sanctions against the repressed private sector in Cuba, the regime reversed gears and eliminated some of the new barriers that were going to take effect against the entrepreneurial sector. The dictatorship was forced to loosen its grip due to the pressure exerted by the cuentapropistas (self-employed) and the population.

A self-employed person will now be allowed to have more than one license to operate different types of businesses. The maximum limit of 50 chairs at the so-called “paladares” private restaurants was cancelled. The minimum balance required to be kept all the time at bank accounts was reduced, and those “self-employed” were granted to keep up to 35% of the cash flow on hand for unexpected payables although they will be obliged to deposit 65% on a bank account.

These four measures, announced months ago, were among the most rejected by the private sector. And they were eliminated because a lot of push back was made against it. The regime would have never accepted to suppress them without that pressure.

But, beware, the reactionary nature of the regime did not move a millimeter. Since December 7, no more licenses will be issued for wholesale or retail sales of agricultural products, nor for street vendors, three of the activities that most benefit the population. Not all ordinary citizens have convertible currency to go to “paladares”, but all can for now buy food on their own.

In this new anti-market offensive, it is clear that artisans, tailors, dressmakers, shoemakers and shoe sellers cannot sell imported clothing and footwear, which will destroy the businesses of many of those that travel to Panama, Guyana and other countries to acquire products to be resold in Cuba. And it punishes the so-called “mules”, which carry clothes and shoes to Cuba from the US.  Further measures also ensure that any private business will never grow beyond 20 employees.

Teachers licensed as “private tutors” will not be able to establish schools or hire other professors on their own. The facilitators of residential swaps and housing sales cannot create real estate companies or hire employees.

Meanwhile, new obstacles were imposed in other areas. In Havana the private taxi drivers of the capital are now pressed to join state controlled organizations. The state regulations have bumped taxi prices, establish specific routes for private taxis, and their owners must handle their transactions through a state bank account. Many taxi drivers will leave the trade and the transport crisis will worsen without remedy.

The 201 activities, until now authorized for self-employed workers were further reduced to 123, under the pretense of facilitating state control and avoiding private “enrichment”.  In China, a country equally subject to a Communist Party in power, “enriching is glorious.” In Cuba it is a crime.

The Castro dynasty, instead of fighting poverty, struggles against the creation of wealth. That is why in 1958 Cuba doubled the per capita income of Spain and equaled that of Italy, while today it is submerged in a sad and growing poverty.

At the close of this Newsletter we have also receive some good news. The Cuban dictatorship has decided to hold until further notice the application of Decree 349 against cultural freedom.

A battle was won against the medieval forces under Castro’s leadership, but no one should get distracted. The struggle continues. And the path towards change may well be rooted in deepening and expanding citizen’s protests.