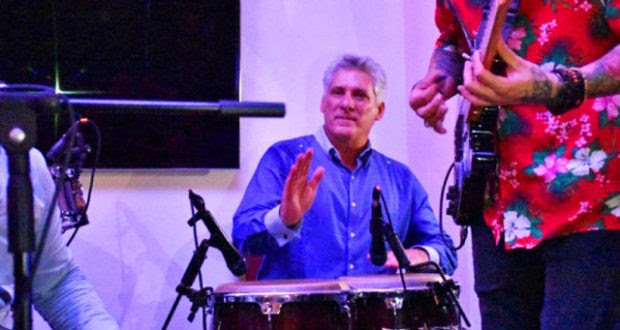 The first law passed after the triumph of the Cuban revolution in 1959 was the Agrarian Reform. Curiously, in 2018 the first law signed by Raul Castro’s designated president, Miguel Diaz Canel, has been against artistic freedom: the Decree 349.

There are occasions in which the attachment of the Cuban power elite to Stalinist dogmatism manifests itself in an exceptionally transparent manner. This is one of them.

From the start the Cuban regime institutionalized a system of censorship that, without departing from the basic canons behind the iron curtain, was quite effective in hiding its true repressive nature.  While controlling contents they were tolerant of the most diverse aesthetic manifestations. That allowed them throughout the first decade in power to mask the true nature of the Revolution behind the mask of a noble Latin American and socialist alternative in the arts and culture to totalitarian approaches to culture in the USSR. But that was not the case.

Only in the 70’s, after the accusations of ”ideological diversionist” against those showing any minor difference with the official line, the massive university purges and the persecution of homosexuals among intellectuals and artists was that the true, disgusting Stalinist face of the system emerged with absolute clarity.

During the 90s, facing the worst crisis since 1959, the Ministry of Culture tried to recover the myth of reconciling socialism with freedom of arts, projecting the idea of a cultural rectification and “rehabilitating” deceased creators who could not defend themselves from such undesirable curse.

The question to be asked is the following: Why the ruling elite did not keep working with the traditional methods of controls and censorship?  Why would they seek to legalize them at this point? Here is where this issue connects with a recent statement made by Amnesty International: the repression has not stopped, but it is changing its modus operandi.

Curious. Because in political areas it is currently trying to hide political repression as normal police actions against common crimes.  But in the cultural field the dictatorship has decided to remove its mask and criminalize any artist or any creative activity that is not previously authorized by the communist state.

Decree 349 is so extreme that it would have been impossible for some of the most famous Cuban artists before the revolution, such as Benny More,- who never studied music- to perform in any public or private space.

And in that dark context, Diaz Canel is shown in a video playing congas at a private party in New York to project the image of a younger reformer when he is actually directly responsible for this new repressive wave.

Incidentally,  was Diaz Canel authorized by the Ministry of Culture to perform as a musician in New York? In the 1940’s and 1950’s Desi Arnaz wasn’t. But in those years no such totalitarian pretensions existed.