THE RESPONSIBILITY FOR WHAT HAPPENED TO U.S. DIPLOMATS IN CUBA 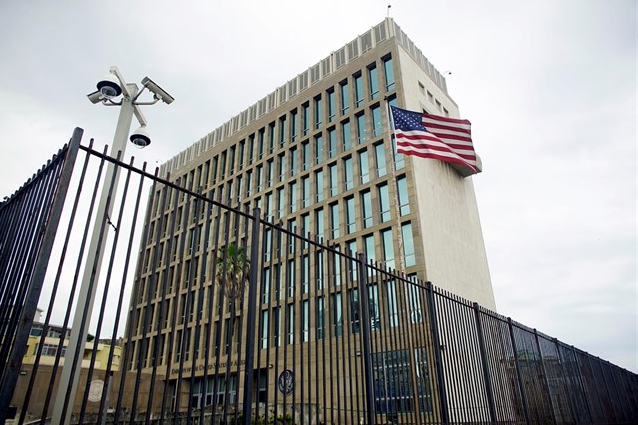 The Foundation for Human Rights in Cuba (FHRC) believes that is our duty to denounce not only the abuses committed against Cuban citizens in the island, but also against foreigners, including the diplomatic corps.
In that sense FHRC condemns, without any hesitation, the damage caused to the health of more than two dozens of U.S. diplomats and several Canadians by more than 50 acoustic attacks from November 2016 until August 2017 known so far.

On these events, FHRC wishes to underline the following four points:

1. The unacceptability of the thesis that the perpetrator was a third party. In the circumstances of comprehensive surveillance (visual, physical, digital, phone, microphones) to which these diplomats are subject 24 by 7, it is impossible for third players to act in independent and undetected fashion for over nine months and in more than two dozens locations such as residences and hotel rooms.

2. The unacceptability that these facts are diluted, minimized, and silenced by the Department of State and/or any other U.S. agency participating in this investigation. These attacks over an extended period of time have seriously affected the health of more than 21 diplomats from the U.S. and Canada, provoking permanent damages in some of them. Articles 29 and 30 of the Vienna Convention of 1961 of which Cuba is a signatory, unequivocally makes the Cuban Government responsible for their wellbeing. Thus, Havana was obliged to protect them from any harm.

3. The unacceptability to allow the perpetrator to escape the scandal as well its political, diplomatic and financial consequences. The Cuban Government could be subject to retaliatory actions selected from a wide range of options which are available to the United States in cases such as this one. They may include the following:

a) Closing of embassies and/or returning them to their previous status of Interest Sections and Consulates.
b) Expulsion of diplomats (at least the same number of those who were affected by the Cuban actions),
c) Withdrawal of ambassadors from both capitals,
d) Introduce legal claims for compensation to the victims either collectively by a group of those affected, through AFSA (American Foreign Service Association), or individually by those victims wishing to do so.

4. The unacceptability of diluting the legal responsibility of the perpetrator so that victims could not be compensated nor the truth identified. The Cuban Government has before exercised “active measures” against foreign diplomats of other nations, such as provoking “car accidents”, in the same fashion that they have harassed, with other methods, U.S. diplomats and their families. But what has just happened – if forgiven – would set a “new normal” in the level of tolerance towards the actions of Cuban counterintelligence in an irrational effort to maintain the fiction of so-called “good relations” reached under President Obama.

The generosity shown by Washington in initiating the thaw between the two countries did not prevent the Cuban Government from smuggling a shipment of weapons to North Korea, seizing and keeping, for nearly a year, a Hellfire missile belonging to the U.S. Air Force, allowing the return of Russian spy vessels to the island and committing itself to defend the Venezuelan Narco-State providing its mafia rulers with a direct intervention of experts in repression, as well as military and intelligence advisers.

If the Department of State provides a good behavior pass to Raul Castro on this matter, President Trump’s foreign policy will become the laughing stock of Pyongyang, Havana, Tehran and Caracas.
Foundation for Human Rights in Cuba (FHRC) September 27th, 2017