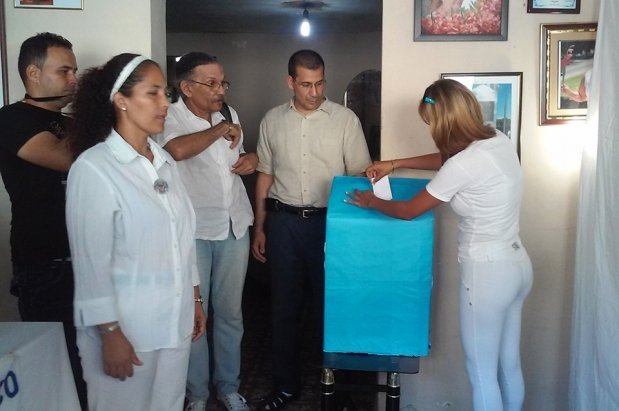 According to Diario de Cuba, “The Ladies in White closed the vote for the recall on Wednesday called by Berta Soler to decide her continuation as national representative of the organization.”

In the Havana capital, “79 women voted for Soler and 6 against. One ballot was annulled, according to information released by activists who observed the process.”

These results were added to the votes taken since last Saturday in delegations of the Ladies in White in “Matanzas, Santa Clara, Santiago de Cuba, Palma Soriano, Guantánamo, Holguín and Bayamo.” In all cases, Soler was confirmed as leader.

In total, “202 of the 233 active members of the Ladies in White participated in the recall. Of these, 180 backed Soler and 16 voted against. Three ballots were annulled and three deposited blank. The rest did not attend the voting.”

Soler called for the recall process in February, “following criticism of her leadership made by former members of the Ladies in White in exile and on the island,” as well as some women activists from other dissident groups.

Following the results, Soler said she had hoped for the support of the Ladies in White, but not that it would have been manifested with such high figures: “The most important of these figures is to confirm that we continue forward, and that the lie has very short legs, because it is not possible that if everything they say about me is true, that I would obtain so much support.”

Fellow activists from The Forum for Rights and Liberties, who observed the transparency of the proceedings issued a statement which expressed “full support and gratitude to these courageous women” and congratulated the Ladies in White “for this triumph and especially Berta,” who according to the activists “has emerged stronger.” The declaration was signed by  Ailer Mena González, Gorky Aguila, Angel Moya, Felix Navarro, Claudio Fuentes, Raúl Borges, Hugo Damian Prieto, Elena Larrinaga and Antonio G. Rodiles.

Video of the referendum proceedings: